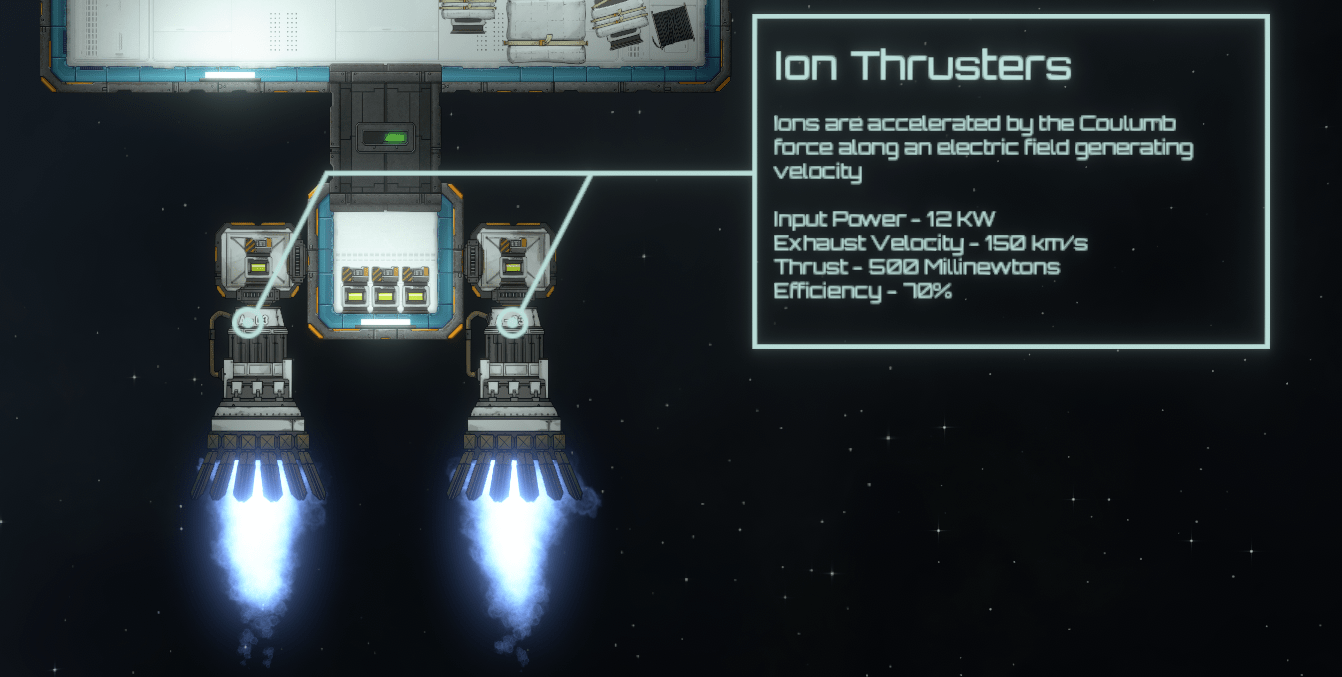 Founder’s interview on what’s next to come

Quantum Computing is everywhere these days in the media, with articles appearing in print from established publications such as Forbes and the FT. Many agencies and governments around the world are asking the question about how best they can encourage the public to learn and understand Quantum technologies which seems to be quickly appearing on the horizon.

Some smart researchers have been working on ways to make understanding Quantum Computers easier through the power of playing games. We Interview the founder of the company set up with the express purpose of improving Quantum Literacy.

QZ: What were you doing before you got involved in QI (Quarks Interactive)?

Laurentiu Constantin Nita: Before I went into quantum research, I was employed at IBM for the past 10 years. I think I’ve done there all the jobs imaginable in IT. I started my career as a System Administrator, with the dream to be one of the best sys admin in the world. Because of the sheer amount of technical challenges I was working on for our clients and the never ending need for fast and -if possible- “permanent solutions”, I ended up building technical Knowledge Bases and naturally, started learning and practicing automation. Back in 2014, big automation platform driven solutions like IPCenter, BlueWisdom/ RES were quite new, so I had the chance to be one of the first senior engineers involved in building up these solutions, almost from scratch. Once these platforms became viable, I moved on to a more Technical Architect and sometimes Project Manager roles as part of the central European team, where I worked on the design of scalable automation platforms that ended up being used all over the world. Naturally, I built a fully automated management system that would drive automation further, hence automated most of my own job responsibilities as well 🙂

QZ: What is it about Quantum computing that has captured your interest?

LCN: It all happened during my IBM days. One of the “cognitive automation systems” I built was based on an algorithm invented by my team, similar to the KNN algorithm that would create vectors out of monitoring events from servers. Those vectors would collapse onto each other and create what we call in the field a Data Clustering Algorithm. These data clusters would then be parsed through another algorithm that would figure out what automation solutions would be applicable and identify whether there are gaps in the systems (ie. new automata solutions could be invented) and task responsible teams to fix those gaps. If I were to add one more rule to the system, its resolution times would blow up. Same would happen if I had to plug another client to my system. Therefore I was faced with 2 options: find a proof to P=NP (haha..) or look into alternatives. I started self-study and it didn’t take long to become fascinated by the power of quantum computation.

Although I have to admit, the way quantum is explained today is extremely buzz-wordy and ill associated. After carefully reading scientific papers it became apparent that whatever I would see on youtube or in newsletters wasn’t really possible, or well explained. It is really difficult today to learn anything correct about quantum computing. As a result of my self study in quantum computing, I ended up through my MSc in Computer Engineering to publish a scientific paper that analyzes the behavior of quantum search on IBM’s Quantum hardware and this, together with ten years of experience as a domain expert in automation, got me a scholarship to continue a PhD at the prestigious Durham University in the UK, under one of my favorite quantum computation experts, Nicholas Chancellor.

QZ: Why a game and why Quantum literacy?

LCN: I want to offer to the world that which I craved the most when I got excited about quantum computation. A fun, easy to dive in (and addictive!!) method to understand universal quantum computation. Especially now, that everyone is bombarded by information, we are desensitised to novelty, we don’t know what information to trust and worst, our attention spans are lowered by the day when it comes to paying attention to hard to grasp concepts.

Also I want this method to reach the biggest audience possible and today there is no bigger distribution platform than what video game industry has created with the likes of Steam, GOG, Origin. I strongly believe the world needs everyone involved in fields that deal with big data to have a good level of quantum literacy, a firm grasp on quantum reasoning – as it will be that technique of data encoding which is capable to solve the most complex problems our society is facing today.

Especially today – and I think it will be worse in the future – when if we google “quantum” we’ll get more bad information and see quantum associated with yoga, quantum deodorants, flying kites and the list of misusing quantum goes on towards infinite. Also kids and students, we need to expose the new generation of learners to quantum reasoning from an earliest age possible. Equally important is to offer something for managers and decision makers from governments a way to understand how quantum reasoning works, so that they can dismiss bad quantum solutions from good ones.

The video game I’m making is called “Quantum Odyssey” and I think since we started there have been published on the internet at least 5 yoga schools having this very name!

QZ: Tell us about the game and why people will buy or play it?

LCN: The video game is first and foremost, a well crafted gaming experience, with a non-linear story. The premise is simple, a team of experts (uhhm..with the exception of a very funny misplaced character called “Les”) is sent on an Elon Musk “Starship type” ship to recover an alien artefact that’s been broadcasting prime numbers in a manner Carl Sagan would be happy about. Unfortunately, things don’t go as planned and the crew gets stranded in space on board of the science vessel.

From here, a survival story with RPG elements unfolds, the team has to work together with a crazy AI called AXIOM on board in order to figure out how to grow food in space, create interferometers, find materials and a way to go home or even take their chances to recover the object. For the readers familiar to quantum computation it is obvious why building quantum tech on board would be the most effective way to accomplish the mission, while for anybody not familiar with what quantum computation has the power to unlock, this video game is absolutely perfect to play.

A hype-y/ buzz-wordy way to explain our game premise is:

“You are an advanced AI in control of a ship of exploration representing the vanguard of humanity’s interstellar future built for a single purpose: to analyze and retrieve, if safe, the xenomorphic object cruising through interstellar space. The stakes are high. This is a one time opportunity to get answers to the big question in everyone’s head: is there intelligent life in the Universe?

In your mission to explore and seek out new life, you must solve the problems that you encounter by whatever means available, including the unconventional use of advanced quantum algorithms. This cutting edge technology proves to have an unintended effect, every time you exploit the quantum world, it fights back, splitting into a landscape of different possibilities. As the notion of a singular, certain reality, dissolves, and the crew begins to question both their understanding and your cybernetic sanity, it’s a forward, and backwards, race against time for your state of the art AI brain to bring reality into balance and achieve your mission.”

Quantum Odyssey promises to not just teach, but show everything, from how superposition works to why full quantum algorithms and quantum techs are key to progress and what absolutely amazing things they are useful for. Everything in the videogame has been designed by PhDs in different fields, we have over nine folks involved contributing at the development of the story and game mechanics. We promise everything to be scientifically accurate and at the end of the game, allow our players to actually contribute to science, by battling against unsolved quantum algorithms online!

QZ: How can people get the game and when will it be finished?

LCN: We will go with Steam, GOG, Origin for PC. We still haven’t figured out what to do for the rest. Would be cool to discuss with publishers.

QZ: What have been the biggest challenges so far?

LCN: Convincing our artists and programmers, while simultaneously fighting off their laughter, that quantum computation is fun. Haha, who is laughing now.

You can follow developments on QZ or on their twitter page. You can also read more about quantum literacy on a previous QZ article.

We use cookies on our website to give you the most relevant experience by remembering your preferences and repeat visits. By clicking “Accept”, you consent to the use of all the cookies.
Cookie settingsACCEPT
Manage consent

This website uses cookies to improve your experience while you navigate through the website. Out of these, the cookies that are categorized as necessary are stored on your browser as they are essential for the working of basic functionalities of the website. We also use third-party cookies that help us analyze and understand how you use this website. These cookies will be stored in your browser only with your consent. You also have the option to opt-out of these cookies. But opting out of some of these cookies may affect your browsing experience.
Necessary Always Enabled

Any cookies that may not be particularly necessary for the website to function and is used specifically to collect user personal data via analytics, ads, other embedded contents are termed as non-necessary cookies. It is mandatory to procure user consent prior to running these cookies on your website.